Marvelous and mysterious Myanmar occupies a privileged position between South Asia and the Far East and has long inspired the imagination of intrepid travelers. Open to the world since 2011, luxury travelers in Myanmar will find world-class hotels alongside ancient pagodas in a modernizing society that still reveres Buddhist monks.

With more than 135 ethnic groups and a history that can be traced at least 2500 years, Myanmar holds treasures that will inspire and engage travelers as they take advantage of the local hospitality, abundant nature and intriguing cuisine that reflects the crossroads of culture in the country formerly known as Burma.

MC Luxury Travel Group will work with you in creating your dream, luxury Burmese trip, tailoring the adventure to your needs.

Your luxury Burmese adventure is as simple as dreaming big and contacting MCLTG to make those dreams reality. Once you’ve filled out the form on this website, an expert in luxury Myanmar tours will contact you to help expand your tour needs and then put the trip of a lifetime into action.

No matter how long your journey, the type of experiences you want to enjoy, or the size of your group, MCLTG will help create the ultimate Burmese getaway with our three tiers of luxury service: Gold, Platinum, and Titanium.

Since opening up to the world, travelers have discovered the many delights of ancient Burma. This is a country of immense diversity, with a broad range of landscapes, climates and, especially, cultures.

Myanmar, as Burma is now officially known, is a land where farmers tend to rice paddies using traditional methods, where Buddhist monks ride bikes with their robes flowing behind them, and where ancient stupas and luxury resorts attract and appeal to travelers.

From high and remote mountains and traditional villages to colonial cities brimming with life, and beautiful beaches just waiting for you to relax on, Myanmar is waiting for luxury travelers to enjoy its charms.

MCLTG will organize your Burmese adventure with our team who are experts at traveling in the region. From planning your perfect getaway, until you return, you will feel the effects of MC Luxury Travel Group’s family service. Our staff is sure to place you in the finest accommodations and experiences throughout your trip.

Where to stay with us

Despite old Mandalay being bombed flat during the Second World War and hastily rebuilt without much attention paid to its looks, travelers will be excited by the bustling city’s life and abundant culinary treats.

Myanmar’s largest city, Yangon feels as though it’s off the tourist trail, offering travelers colonial charms alongside ancient Buddhist temples and many surprises down alleys and in markets.

At Inle Lake, we can enjoy magnificent landscapes, relaxed rural living, and marvel at the fishermen who trawl the lake using their legs as propellants.

Containing more than 2000 temples, Bagan is the perfect place to visit to truly experience the ancient Burmese Buddhist culture.

Up there with Angkor Wat, this temple complex is truly a marvel of the ancient world. Nearby Mount Popa is also a must-see, with the volcano-top temple being an absolutely unique tourist experience.

Myanmar is tropical and monsoonal and throughout the country, there are three distinct seasons that travelers should take note of.

The cool season, from November to February, is the optimal time to see Myanmar, and while not necessarily “cool”, travelers will enjoy more agreeable climates than other times of the year.

From March to May, during the hot season, the country is exceedingly warm throughout, with the exception of the highest hill areas.

The rainy season is intense from June until August, with heavy rain and some flooding experienced near the Bay of Bengal. September and October, while still considered the rainy season, offers travelers more respite from the downpours.

Travelers can travel for 28 days through Myanmar on a tourist e-visa, which should be applied for online.

While staying in upmarket resorts, hotels and in the cities you will find reasonable access to medical care, though in rural or wild areas it can be very limited. There is a threat of malaria rurally, and dengue in the cities, so take precautions against mosquito bites at all times.

There have been some cases of cholera, although travelers’ diarrhea is a much more likely ailment. Rabies is present in some animals and precautions should be taken against interactions with feral and wild animals.

Myanmar is a very safe country for travelers, with penalties for locals who commit crimes against tourists especially harsh. There are ongoing insurgencies in parts of the country, including civil war, but those areas are restricted to tourists.

Land mines are a danger in border areas, particularly near the Bangladeshi border, but again, those areas are restricted. The monsoon season sees flooding in low-lying and coastal areas and should be avoided when warnings advise so.

Customs and etiquette: as is consistent with other Buddhist nations, travelers should avoid touching anybody’s head, even children’s, and never point one’s feet at locals. Use of the left hand when conducting business, or in general, is considered unclean.

The Burmese people are very welcoming to foreigners, and losing one’s calm is definitely frowned upon. Discretion is key when traveling in Myanmar, so keep audacious displays of wealth and affection to a minimum and pay your local hosts with respect.

Mealtimes: Breakfast is served early, around 7 am, and traditionally will consist of rice and/or soup, although hotels will serve international breakfasts alongside local options.

Lunch is eaten around midday, and for many Burmese, this means grabbing a street food snack consisting of rice, and some kind of meat and vegetable dish.

Dinner is the most important meal in Myanmar, and consists of rice and multiple dishes of vegetables and meat, curries, stir fry and soups.

The cuisine borrows from neighboring China, India and Thailand, as well as being influenced by local minorities. Fish is frequently used in cooking, as well as fish sauce and fermented seafood.

You can find out more about which cookies we are using or switch them off in settings.

Open chat
1
Hello!
Hello,
How can I help you? 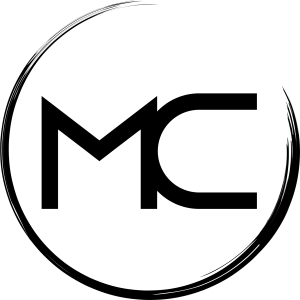 This website uses cookies so that we can provide you with the best user experience possible. Cookie information is stored in your browser and performs functions such as recognising you when you return to our website and helping our team to understand which sections of the website you find most interesting and useful.

Essential Cookie should be enabled at all times so that we can save your preferences for cookie settings.

If you disable this cookie, we will not be able to save your preferences. This means that every time you visit this website you will need to enable or disable cookies again.

This website uses Google Analytics to collect anonymous information such as the number of visitors to the site, and the most popular pages.